I wrote a brief post about Coca-Cola in Sri Lanka a few months ago and came across this picture by Yannik Willing. It’s part of his ongoing photography series titled “Before Tomorrow”, which in his website he describes as a project that is concerned with “the imminent radical changes of tourist regions in Sri Lanka after the end of the civil war in 2009 that had lasted almost thirty years.”

It’s a perfect picture, I think, because the war is over but the army apparatus is ubiquitous in most of the places we visited in Sri Lanka—almost as prevalent as the Coca-Cola signs. 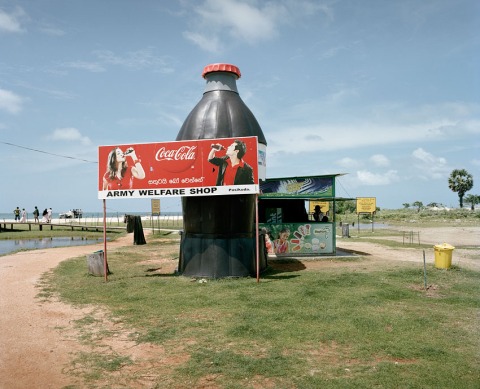 You are currently reading Addendum to Coca-Colanisation at The Blog of Disquiet.