What if God was just like us? [Like, totally into Moleskine and somewhat ambivalent about paperwork without having any real power to abolish paperwork forever?]

The Adjustment Bureau in Ten Tweets:

1)      The Adjustment Bureau = capitalist realism. Even God and his hat-wearing minions are not exempt from the demands of Capital.

2)      Bureaucracy will plague you even in the afterlife; the history of the world is the West; the people who manage the world are men in hats.

3)      God (the Chairman) appreciates the subject who displays efficiency in reconciling action with “Free Will” while jettisoning reason.

4)      [In this way, God is also a conflicted Capitalist who wishes he can do just what he damn well pleases, but is hemmed in by the System.]

7)      The white male of the United States will be one of the few people in the world who will inspire God to change his plans.

9)      To Others of the world (coloured, male or not male) exercising Free Will, good luck. Some men in hats will (maybe) look after you.

10)   Ms. Blunt[ii]: you have great legs. They put you in some damn fine dresses that display your admirable physical attributes. Also, good luck. 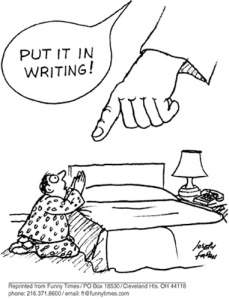 At one point in the movie, Matt Damon’s character asks Roger SterlingJohn Slattery’s character (one of the men in hats): “If I’m not supposed to be with her [Blunt’s character], then why do I feel like this?” To which Slattery’s character replies, and I paraphrase because I can’t remember the exact words, “It’s not about how you feel; it’s about what’s in black and white.” Referring, of course, to the Chairman’s Plan(s), which are written down and mapped out in what appears to be the Moleskine New York city notebook.

It’s not about what you feel; it’s about what’s in black and white. You got that? Because that is Life in a Nutshell.

Amusing musings on the silliness that is the movie’s poster.

[i] I am trying to swear less; I don’t often do it that much in real life because my mom will give me The Look. But writing ‘fuck’ all the time makes me feel so satisfied in ways I can’t explain, even though I know this reveals my lack of vocabulary, etc.

[ii] Does anyone NOT love Emily Blunt in The Devil Wears Prada? Was she not also fab in Sunshine Cleaning? And kinda serious but smart/likeable in what I thought was the howlingly-good remake of The Wolfman? So what prompts her to take on a role where she is basically relegated to legs, cleavage, and “What the hell is going on!? I am so confused! Take my hand and hold me, and oooh…. Look at me dannnnceee! Wait for it… I’m going to cry…very prettily!” Why would she do this movie? Is it because of the person who is her love interest in the movie? Because HE IS MATT DAMON?

§ 2 Responses to What if God was just like us? [Like, totally into Moleskine and somewhat ambivalent about paperwork without having any real power to abolish paperwork forever?]

You are currently reading What if God was just like us? [Like, totally into Moleskine and somewhat ambivalent about paperwork without having any real power to abolish paperwork forever?] at The Blog of Disquiet.